Home / Health and Medical Research / What is the link between gut bacteria and weight gain? 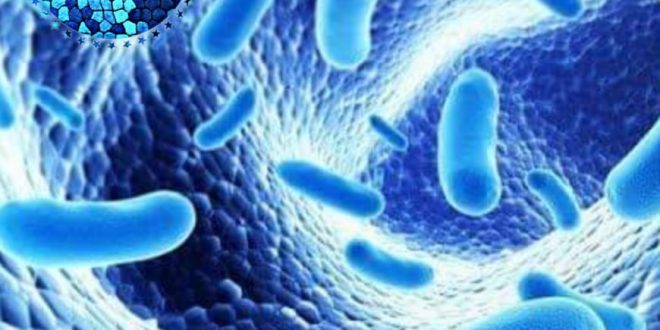 What is the link between gut bacteria and weight gain?

Our intestines are home to about 100 trillion germs, collectively called “Gut Flora”, the microbial aggregation of the gut. The composition of these microbial clusters varies from person to person. The diversity and balance of bacteria in the intestines is influenced by genetic and environmental factors, as well as diets and lifestyles.

Researchers have recently discovered some differences in the composition of microbial groupings in the gut in people with excess weight, and, based on the results of their research, have developed weight control treatments that suit each individual person.

There are many differences in genetic makeup that may make us more vulnerable to fats, and thus increase our risk of heart disease and type 2 diabetes.

Studies of twins have shown that genetic factors contribute 40 to 70 percent to our increased risk of obesity, as well as environmental factors. Scientists have discovered that there are many differences in the composition of bacterial groupings in the intestines that will affect body weight.

You may notice that some people follow a strict diet, but their weight is hardly lower than others who follow the same diet, and the cause may be the types of bacteria that settle in their intestines and the enzymes they carry.

“The bacteria that live in our intestines digest some parts of the foods that we miss the enzymes needed to digest,” says Purna Kashyap, associate professor at the Mayo Clinic and head of the intestinal bacteria laboratory. But this process generates additional calories. The relationship between us and the bacteria in our flora is based on mutual benefit. Bacteria give us more energy than the food we eat.

Kashyap conducted an experiment to test the efficacy of gut bacteria in producing calories from low-calorie foods. This is useful if food is insufficient, but may hinder weight loss.

Kashyap participated in a study of 26 participants who were on a low-calorie diet. The researchers noted that some participants did not lose much weight compared to others, and after analyzing the composition of bacteria in the intestines there was a variation in the proportions of two specific types of bacteria, one of which was “Dialister”, which hinders weight loss.

The bacteria in the bodies of those who have not lost weight were more efficient in breaking down and extracting energy from them, Says Kashyap. “It’s not surprising that bacteria are an obstacle to weight loss, but their effect is not significant because they produce only small amounts of calories.”

Another study concluded that some bacteria produced by diets may increase our weight by changing the behaviors of bacteria in the gut.

The researchers analyzed blood and feces samples from 600 volunteers, half of whom are obese, and the other half are stale and found a link between four types of bacteria living in the intestines and 19 metabolic products known to contribute to weight gain, such as glutamate. Branch-chain amino acids, which increase the risk of type 2 diabetes and cardiovascular diseases.

Louise Broncol, one of the researchers in the study, says meat consumption may be the cause of high levels of chain-chain amino acids in the blood, as they are commonly found in animal products.

Differences in the composition of intestinal bacterial groupings in the obese and obese remain unclear, says Olof Pederson, professor of genetic metabolic disorders at the Novo Nordisk Center at the University of Copenhagen. But all we know now is that it is important to maintain bacterial diversity in the intestines.

Pederson and his team analyzed gut bacteria in a group of obese and sexist adults, and found that people whose intestines were less diverse were more likely to be obese, had high glucose and blood lipids, and also noticed an increase in semantics. Infections. All of this increases the risk of type 2 diabetes and cardiovascular disease.

There is evidence that microbial groupings in the intestines may affect metabolism. A study indicated that a fiber-rich diet contributes to increased bacterial diversity in the intestines. Anna Valdez, associate professor at the University of Nottingham, says our gut smelts the fibers we eat and converts them into short-chain fatty acids, such as butyat acid, which is associated with thinness and anti-inflammatory.

“If people with type 2 diabetes follow a diet rich in fiber, they may contribute to maintaining blood sugar levels within normal levels and increasing the production of short-chain fatty acids.”

However, the results of scientific research on the relationship between weight and gut health to date are the association of a bacterium called “Christensenellaceae” with weight loss. About 97 percent of people carry this type of bacteria in their gut, but they are more present in Slimming.

These bacteria are among the genetically transmitted species. It was discovered in intestinal intestinal communities in people from around the world, in early life, appearing in the intestines of infants. 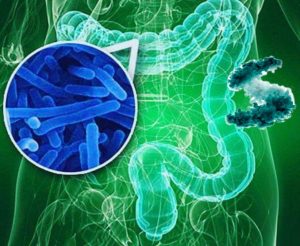 Gillian Waters, who participated in the research team that discovered the ability of these bacteria to prevent weight gain, says this genetic factor is one of the causes of the presence of these bacteria in the intestines, but we do not yet know the other causes that increase their chances of being present. But researchers are now exploring its role in the intestines and their source, which may help them produce treatments for ghee.

At the same time, researchers at the Weizmann Institute in Israel have uncovered a way to develop a treatment to improve bowel health and reduce the risk of diabetes, so that it suits individually.

The researchers asked 1,000 participants to measure their blood sugar every five minutes, recording their diet, sleep patterns, and health status for a week, and observed differences in their respective body responses to different foods.

“Foods that contain sugars are known to raise blood sugar immediately, but we have noticed that the rate of high sugar after sugars varies from person to person,” says Eran Segal, a senior researcher involved in the project.

“Tomatoes, for example, may raise blood sugar in some people, so they should be careful when eating them. One type of food may have negative effects on some people if they eat it alone, but it does not cause the same effects if mixed with other food.

Segal says that the bacteria in our flora and blood may change over time. Segal is now conducting research on the effectiveness of a long-term diet designed by algorithms for individual people with diabetes and those at risk of diabetes.

“We are now trying to understand the effect of gut bacteria on the reactions that occur within the human body and lead to obesity and diabetes, which are complex diseases caused by many factors, says Kashyap ” We can now modify the composition of the microbial pool in the intestines, and its change may contribute to the treatment of obesity. We no longer have any doubt that the composition of microbial communities in the gut will play a major role in the treatment of obesity.”

Share
Previous Do sunscreens cause skin cancer?
Next How tea bags on eyes restore your eye’s youth 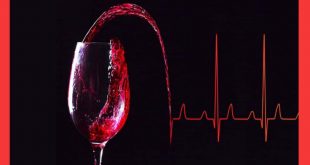 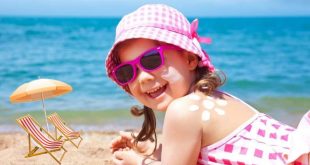